Rebecca Shelley is the author of many children’s stories including The Smartboys Club series, and Red Dragon Codex and Brass Dragon Codex( published under the pen name R.D. Henham). She has  a special fondness for fairies and dragons. To learn more, visit her website www.rebeccashelley.com. 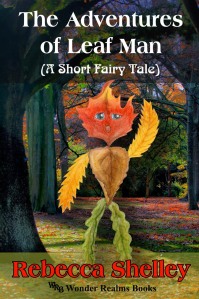 A short bedtime story. Now with color illustrations. Created by Fairy Magic, Leaf Man only has one day to live. He dreams of all the adventures he can have, but instead spends his short time saving the life of a child. In so doing, he earns a sweet kind of immortality. 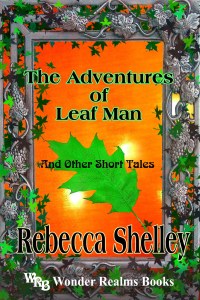 A book of six short bedtime stories, including the best-selling Adventures of leaf Man.

Adventures of Leaf Man: Created by Fairy Magic, Leaf Man only has one day to live. He dreams of all the adventures he can have, but instead spends his short time saving the life of a child. In so doing, he earns a sweet kind of immortality.

Mischief Monkeys: How much trouble can four children get into in one day?

Cats and Dogs Living Together: When mad scientist Uncle Marty moves in next door with five dogs and eight cats, it can only mean trouble.

The Messy Room Mystery: Something keeps making a huge mess in the bedroom. Is it pixies, a tornado, or magic clothes come to life?

The Hidden Treasure: Two friends seek the hidden treasure. Only one will find it. 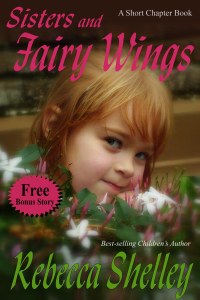 When Megan wishes for a little sister, she never expects to get a cast-out, wingless fairy. Little Tiffany isn’t happy in the human world, and Megan has to find a way to help her want to stay.

“Cats and Dogs Living Together”

When mad scientist Uncle Marty moves in next door with five dogs and eight cats, it can only mean trouble. 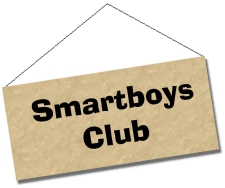 Take Monkey, a literary genius with flatulence; Bean, a science and math guru; Vinny, a computer whiz who can’t keep her mouth shut; and Art, an artist who can shoot a basketball like a pro, confront them with a mess of fourth grade trouble, and watch the fun explode. 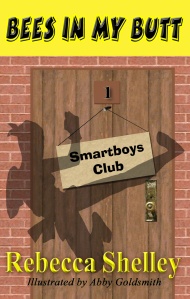 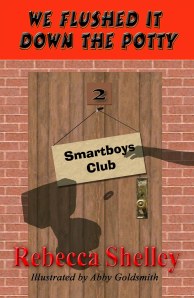 In the second Smartboys Club book, the Smartboys face off with a bully that flushes Vinny’s heirloom ring down the toilet, but the Smartboys’ creative solution to stop the bully lands them in big trouble. 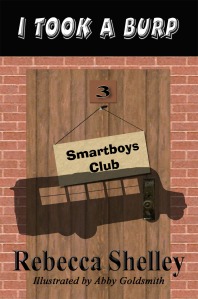 In book 3 of the Smartboys Club, the Smartboys get a mysterious new class member. She has a secret, and Monkey is bent on finding out the truth about her. But the Smartboys are in for a surprise when their class takes a suit-and-tie field trip to Symphony Hall, no burping allowed. 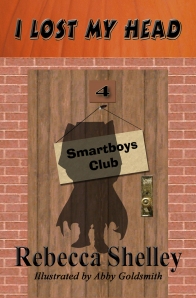 In the Smartboys Club Book 4, the Smartboys get a strict substitute teacher who gives the class a haunted puzzle. The fate of Monkey’s head depends on the Smartboys solving the puzzle before the school Halloween party. 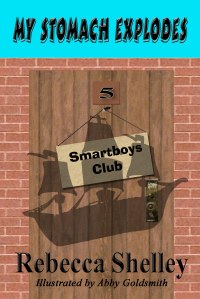 In the Smartboys Club Book 5, the Smartboys visit a Plymouth Reenactment Park where they get to dress, work, and play like Pilgrim children.

As if doing tons of chores isn’t bad enough, Eric and Monkey end up lost in the woods where William Bradford’s warning that they must work together or die takes a turn for the real. 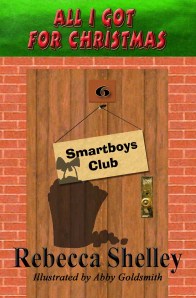 Monkey needs a plan to get Santa to come. Too bad Monkey’s ideas get him on Santa’s Naughty List. It looks like all he’ll get for Christmas is a bucket of coal.

But when a blizzard knocks out the power lines and buries the roads, it’s up to Monkey and the Smartboys to save Christmas for everyone. 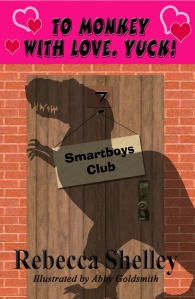 In book 7 of the Smartboys Club, Monkey and Bean face off at the science fair. One of their projects will win, the other won’t. It’s a battle of wits between two of the smartest boys in school. And to top it off, Monkey gets a mysterious Valentine and has to hunt down its sender. 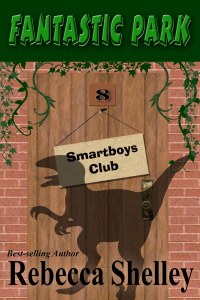 In book 8 of the Smartboys Club, Monkey and his friends visit the Museum of Natural History. Unfortunately for them, someone who cares more about money than dinosaurs is also there. The Smartboys and Girls have to out-race, out-fight, and out-think a pack of robot Velociraptors and a very angry T-rex to stop a cunning identity thief. 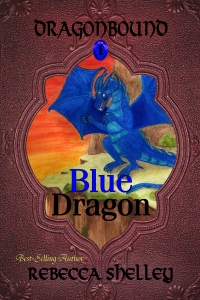 Near the bubbling fountain of power, the humans and dragons grew up together. Bound by blood, the two races became great and powerful. But with power came division. For not all were bound, and those with the power brought on by the bonding abused that power, subjecting all powerless ones to servitude.

In time the servants rebelled against their masters. Their violent uprising left almost all the bonded dragons and humans dead. From that day on the races separated, fleeing from Stonefountain and claiming their own lands. Distrust and war grew up between humans and dragons. The humans, fearing the power of the dragon bond, killed all those born to bond with the dragons. But some survived.

When Kanvar’s brother comes down with the dragon sickness, his mother learns that her husband and both her sons are Nagas, human traitors that bond with the Great Gold dragons. All three must die. Kanvar’s father is shot in the back and falls from a high window with Kanvar’s brother, leaving Kanvar to escape execution, survive on his own, and face the wrath of a Great Blue dragon whose family has been killed by the humans. 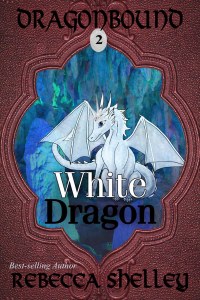 While Kanvar searches for his grandfather, Kumar Raza faces a savage Great White dragon that attacks his village. With no armor and only a fishing spear, Raza fights the white dragon but is mortally wounded in the battle. Raza’s youngest son, Denali, must find a way to save his father and bring him safely out of the frozen wasteland. Lost in a blizzard, hunted by a pack of wolves, followed by a Great White dragon hatchling, Denali must use all his wit and skill to survive. 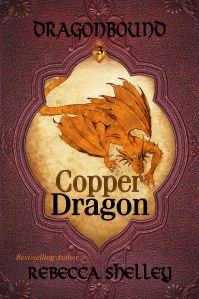 Nightmares of destruction in his homeland set Raahi on a quest to save his family, his people, and his ancestors from slavery and torment.

He crosses the ocean with Kanvar and a Great Blue dragon. But when a hurricane separates him from his best friend, Raahi must team up with a Great Copper dragon to face his oldest enemy and overcome his greatest fears. 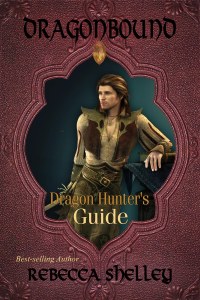 Everything a young dragon hunter needs to know to stay alive, make money, and have fun while hunting dragons. 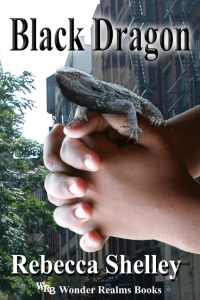 Twelve-year-old Weldon is a gifted artist, but when his drawing of fairies and dragons come to life, he finds himself caught between some deadly criminals and the jewels they want. Only his dedication and imagination can save him and his friends. 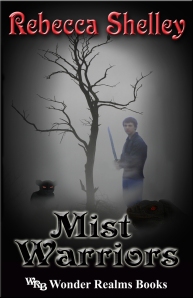 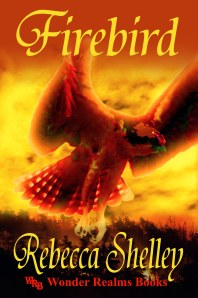 Young Aedus of the Nanuk Clan knows nothing of the war between the spirits or the Firebird. Aedus wants only to prove himself a man in the Great Hunt. But when the battling spirits threaten to destroy his clan, he risks everything—not just his life, but his very humanity—to save his people. 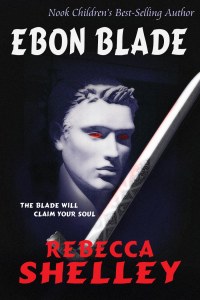 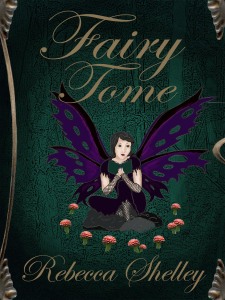